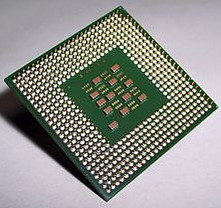 If you have purchased or used a computer or even a phone, you may have heard the term computer processor. Ever wondered what it was, or what it does? The good news is that you are in the right place. In this blog of Computer Processors Explained, we are going to look at the processor in detail and answer most if not all your questions, regarding parts of the processor, its effect on the computer speed, and what you need to do when upgrading it.

What is a Computer Processor?

You can compare it with the human brain since this is where all processing which includes calculation and comparisons is done. CPU is also responsible for coordinating all activities in the computer, just like the human brain is used to control most of our organs. Even for me to be able to type this article it has taken my brain to allow my hand and fingers to move around in a certain format.

We all know the importance of our brain and that we cannot work without it. Likewise, CPU is the main part that computers cannot do without. Not just that, You have seen some people take longer than others to perform similar activities e.g walking, of course assuming that both are in similar health condition and all other conditions are the same.

However, the speed of processing in individuals’ brains will affect the overall interpretation of movement. Maybe even a better example, Have you ever found yourself in a condition where you are moving very fast, maybe because you are late for work or it’s an emergency and you are saving your life, how was your brain working at that time compared to normal operation.

Similarly, the CPU is the major device that affects your computer speed although there are other minor issues that can affect like RAM, If you have a slow CPU you will definitely end up with a very slow computer.

The control unit determines the overall speed since it’s the one that coordinates all activities. i.e. if the coordination is low the whole system goes slow.

You can compare this with your rate of response in case your finger touches a hot surface or is bitten by a scorpion, Auch!!! the rate of your response goes high, what if you performed all your activities with that speed of coordination, maybe you would be several years ahead of today.

That’s exactly what happens with the computer if your processor coordination is fast the overall computer speed will be fast.

The processor speed is measured in Hertz (Hz), meaning if your computer has 1Hz it can be able to execute one instruction in one second. Most processor’s speed today is in the range of Gigahertz (GHz), which is a billion hertz.

Some terms you are likely to hear describing speed include duo core, core i3, corei5, and core i7, core i9. The latter being the one with the highest speed though not always the case Core in basic term means an independent individual processing unit, which means a CPU with 2 cores can process the data twice as first as the CPU with one core. You need to confirm the number of cores from the manual since the brand name like corei5 does not mean it has 5 cores, but it may be having 4 cores or even more.

When buying the processor or computer, also consider the manufacturer of the processor. The two main manufactures being Intel and AMD. Some low profile companies might have a very high rated processor but fail in performance due to poor quality processor made.

Most high ended CPU will tend to have higher internal memories e.g. cache memory which helps in increasing the CPU overall speed.

Want to upgrade the processor

We have seen that you cannot exist without your brain, just like a computer cannot without a CPU. While purchasing a computer or a mobile phone many people worry about the speed of the new device. While the processor is not the only factor affecting the speed, it’s an is a major contributor towards the speed and hence it’s important to consider.

your computer. Other factors that may affect your CPU performance include the cooling effect of your processor. If your processor overheats it may not perform as expected, hence ensure the computer environment has adequate air circulation, the processor fan is working and

If you need more insight feel free to contact me or leave a comment on your views below.

This website uses cookies to improve your experience while you navigate through the website. Out of these cookies, the cookies that are categorized as necessary are stored on your browser as they are essential for the working of basic functionalities of the website. We also use third-party cookies that help us analyze and understand how you use this website. These cookies will be stored in your browser only with your consent. You also have the option to opt-out of these cookies. But opting out of some of these cookies may have an effect on your browsing experience.
Necessary Always Enabled
Necessary cookies are absolutely essential for the website to function properly. This category only includes cookies that ensures basic functionalities and security features of the website. These cookies do not store any personal information.
Non-necessary
Any cookies that may not be particularly necessary for the website to function and is used specifically to collect user personal data via analytics, ads, other embedded contents are termed as non-necessary cookies. It is mandatory to procure user consent prior to running these cookies on your website.
SAVE & ACCEPT