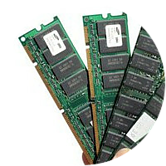 Let’s look at the specific types;

As the name suggests ROM is designed to allow the user to read the content but not to write on to it. However, some modern ROMs allow for the modification of contents. Rom always retains it’s data even when the computer is switched off, hence it’s referred to as non-volatile memory. Rom is used to storing programs mainly used to operate the system for example the instructions needed during booting.

That makes sense because if you store booting instructions in volatile memory like RAM, the computer would not boot again after going off and would require to be taken to the manufacture for resetting. This is because, in the computer, most content in ROM is added by the manufacturer of the device.

RAM on the other hand is volatile memory, meaning its data will be wiped off immediately it’s switched off. RAM is used to store temporary data that is being used during processing. Since the user is the one who initiates most processing tasks, it means that every time you open a program in your computer, you are simply loading some data onto RAM. So, if you continue loading data until you fill it up, that’s when the computer will stop responding and you say it’s hanging. 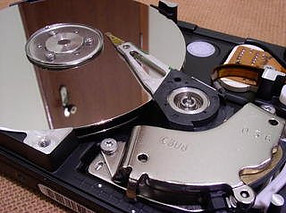 Effect of Different Types of Memories on Computer

RAM stores running programs and as such it’s a major consideration when purchasing a computer. Special consideration especially if you are purchasing a computer for gaming and other heavy-duty use, needs to be made to avoid slowing down the computer. You can think of RAM as your working bench, the bigger the bench the better since you can fit more tools and access them faster and with ease.

The smaller bench would require you to keep going back to the store to pick your tool assuming that you are not allowed to put the tool anywhere else except on the bench, which will lead to time wastage. Likewise, a small RAM would waste time while the processor waits for the data to be fetched from the slower secondary storage like SSD.

Something else that may affect the RAM operation is the speed of the RAM, this may be affected by the types of RAM used in main memory including SDR, DDR1, DDR2, DDR3, and DDR4. With DDR4 being the fastest RAM and also more expensive. Computer with higher memory capacities also tends to be more expensive and hence requires careful consideration.

Fixed secondary storage like HDD and SSD affects the amount of data and information that can fit in your computer all at once. The higher storage will be better for storing more user data although it will be more expensive. Since most applications in the computer including operating systems are installed in fixed storage, a very small free space can affect the way those programs run and hence the computer overall performance. That means you should always leave some free space for use by applications.

Removable secondary storage devices like flash drive are very useful when you want to move data from your computer to other devices or computers. Storage with higher capacities and more data transfer speed like solid-state drives might be more appropriate for your daily tasks. Optical disks require to be handled carefully to prevent it from breaking and getting scratches which will lead to data loss. You can also consider getting a high capacity external HDD or SSD which can act as your backup.

Cloud storage allows users data to be managed remotely and made available to the user over the network. This makes it safer especially in case of a disaster there is always a backup. However, the basic features may not be adequate for the majority and one may require paying for the advanced package in order to get more storage.

GET YOUR WD 2TB Elements Portable External Hard Drive FOR $64.99

Now you have the information and power to select the most appropriate type of storage device next time you shop around. In case, you have challenges with your current storage, you can upgrade to a better one after consulting an expert. If you need more information you are free to contact me

This website uses cookies to improve your experience while you navigate through the website. Out of these cookies, the cookies that are categorized as necessary are stored on your browser as they are essential for the working of basic functionalities of the website. We also use third-party cookies that help us analyze and understand how you use this website. These cookies will be stored in your browser only with your consent. You also have the option to opt-out of these cookies. But opting out of some of these cookies may have an effect on your browsing experience.
Necessary Always Enabled
Necessary cookies are absolutely essential for the website to function properly. This category only includes cookies that ensures basic functionalities and security features of the website. These cookies do not store any personal information.
Non-necessary
Any cookies that may not be particularly necessary for the website to function and is used specifically to collect user personal data via analytics, ads, other embedded contents are termed as non-necessary cookies. It is mandatory to procure user consent prior to running these cookies on your website.
SAVE & ACCEPT